“We don’t make people gain knowledge, but desire it. However, they gain it, too.”

Originally from Spain, Ventura Fontan (1926-1993) and his wife Emilia Garcia de Fontan are the creators of this dream about a revolution in education. 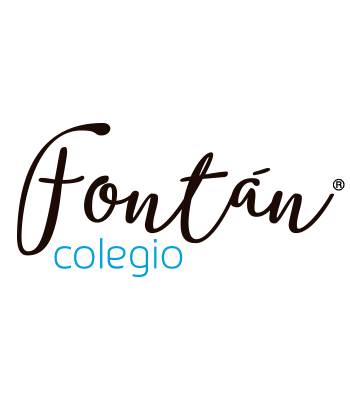 Nationality: Spanish; resident in Colombia since 1953.

b) Universidad de Barcelona: PhD in Philosophy and Literature, Specialty in Romance Philology.

b) Greek teacher in the Faculty of Philosophy and Literature at Universidad Pontificia Bolivariana.

d) Co-founder, along with her husband Ventura Fontan, of Centro Psicotécnico (Psychotechnical Center) in Medellin in 1957.

e) Co-founder, along with her husband Ventura Fontan, of Fontan School in 1985. The school was the first educational innovation approved in the country. New pedagogical concepts that resulted from the research and work carried out at Centro Piscotecnico were applied in the school.

f) Emilia was the principal of Fontan School until 2016.

g) She was an athletics world champion in her category.

Ventura Fontan, His Life and Work

Nationality: Spanish. Resident in Colombia since 1953 until his death.

b) Lower Certificate in English, University of Cambridge, Inglaterra, 1952.

e) Co-founder and director of Centro Psicotécnico (CP), Medellin, Colombia, 1957. The CP focused on industrial psychology (services of selection, training and motivation) and psychology of learning. To provide these services, the CP translated or developed about 150 intelligence, specific abilities, personality, vocational, reading and study tests. Part of the training services provided by the CP included courses for executives on industrial psychology, sales psychology and so on.

f) Psychology of Learning. The huge theoretical and practical importance that psychology of learning has in behavioral sciences and society’s problems led Ventura to focus his work on it. He developed this project throughout his life in several stages.

1) Experimenting and Developing a Methodology of His Own.

a) (1957-1965) This first stage began with the perception of a reality in education–there are severe shortcomings in the delivery and reception of knowledge in group classes. Children and young people constantly came to the CP with academic problems that were at once acute and chronic. The CP experimentally measured how efficient the reception of knowledge was in an oral group class (Instituto Tecnológico Pascual Bravo, SENA). The results were overwhelmingly dismal and discouraging, almost unbelievable. The first conclusion Ventura reached in 1965 was that the traditional education system had reached a crisis point. It was undergoing a silent, but speedy, decay which, at that moment, went unnoticed by almost everyone. As a consequence, the CP faced the task of designing techniques to increase the efficiency of knowledge reception–courses on perception, reading, study skills and so on. The analysis of knowledge delivery (teaching a class, explaining, taking notes in a notebook) showed severe shortcomings as well, even between good teachers and motivated students. Then, the CP analyzed the educational efficiency of textbooks. The results were also dismal–“unreadable texts for illiterate readers; cold, unpleasant, hideous texts meant for rote learning.” Teachers were used only for translating the texts into spoken comprehensible language.

b) (1965-1978) Faced with this situation, Ventura chose to create his own texts in an experimental way. These texts were based on programmed learning, but with important psycho-pedagogical tweaks. They were handed out to construction workers, SENA (public institution for technical and technological training), private clients, the press, and so on, to be tested. The results were excellent. Ventura used several techniques, some of which were based on his own research. He applied readability formulas (Flesh, Spaulding) and developed the “Socratesized learning technique”, which is based on programmed learning. He collected information from different countries that confirmed the world’s educational catastrophe. The data gathered was striking–in countries such as the United States and France, functional illiteracy was common among people who had finished school. Behavioral problems were increasingly more serious and widespread. The education system didn’t even meet the basic goals of education. The worst thing was that almost nobody became aware of the situation because there were no objective measuring instruments to spot it. Fortunately, the work conducted up to that point in the CP put Ventura in a position to diagnose the problem accurately and try to find rational solutions.

Conclusion: The education system is completely inadequate for the world’s cultural needs. The lack of efficiency in the learning process at school is not a local, but a worldwide issue. The causes are not to be found in the people who are supposed to deliver or receive knowledge. The system is at fault. The education system does not take into account even the most basic learning principles. It is an unnatural system that promotes mediocrity and passivity, and it is repellent. The failure is inherent in the very system. Just like the bureaucratic communist state, it’s not possible to modify it partially to “fix it”. Ventura explicitly expressed the need for a world revolution in education. To do this, it was necessary to create an alternative educational system based on scientific knowledge of the natural learning process. This was achieved through experimentation and the creation of theory. Ventura developed the concept of intrinsic pedagogy. The basic elements that would later enable him to design and build a new educational system derived from this concept.

2) Towards a New Educational System.

a) (1979-1985) Ventura proved the viability of a new educational system based on customization, flexibility and self-teaching. These are all fundamental elements of the concept of intrinsic pedagogy. With his wife, he founded Fontan School, the first educational innovation approved in the country in 1985. The new concepts were applied, tested and developed in the school.

b) (1985-1993) Ventura used the school as a center of experiments (a testbed). He reviewed and developed the experience of previous years and designed a proposal for a new educational system based on the natural laws of learning. Today, this system is known as the Fontan System. Ventura studied and developed the psychological principle of intrinsic reinforcement (or “intellectual pleasure principle”) and began to apply it systematically to a new generation of texts for self-teaching. He took care of the expansion and dissemination of the new educational techniques and tools. His main concern was always establishing a true education science that is rigorous and technical. It must be based on the natural principles found in behavioral sciences, such as ethology, sociobiology and scientific psychology. As a true science, education science is supposed to provide educators with the pedagogic techniques, measuring instruments and necessary tools to increase the efficiency of their work, just like microbiology and pharmacology have made the practice of medicine more technical. Like vaccines and antibiotics, the effectiveness of these techniques and tools must be proven, and they must be user-friendly and easy to take to the masses. This is the only way that the educational revolution the world desperately needs can take place. Fortunately, by the time Ventura Fontan passed away, the new educational system was a reality independent of its creator. Several schools across the country have applied the system partially or completely. In addition, several projects supported by the Government or international organizations have been carried out.

Ventura Fontan always believed that true revolutions are the result of ordinary people’s initiatives, the sum of the will and opinions of millions of individuals that make up society. They immediately notice the needs of their community and are brave enough to change what seems unchangeable.

Scroll back to top